Give Them What They Want

What’s up with these people?

The Practice:
Give them what they want.

Research shows that relationships are built from interactions, and interactions are built from moments. A critical moment in an interaction is when one person wants something from the other one. (“Wants” include wishes, needs, desires, hopes, and longings.) The want could be simple and concrete, like “Please pass the salt.” Or it could be complex and intangible, such as “Please love me as a romantic partner.”

Wants can be communicated in many ways. Gaze, touch, tone, facial expression, posture, and action speak volumes. Whether verbally or nonverbally, some people express their wants clearly, but many do not. The more important a want is, the more likely it will leak out slowly, or be expressed with a lot of distracting add-ons and emotional topspin.

Think of a significant relationship. How clearly have you expressed your own wants in it? How do you feel when the other person makes a sincere effort to give you what you want?

When I reflect on these questions myself, it makes me realize that it’s not so easy to communicate clearly and that I should cut others more slack.

Second, it makes me realize that I should generally try to give others what they want if it’s reasonable and possible. Out of self-interest, doing this is the best odds way to get off their radar, build goodwill, and take the moral high ground. Out of benevolence, doing this is kind and caring. Everyone is scared and hurting, not just me.

Of course, I do not mean giving people things that would harm them, you, or others. Nor do I mean giving up asking for what you want. And if they’re rude, demanding, threatening, snippy, high-handed, or harsh, then their want could be a nonstarter until they change their tone.

In essence this practice is about an inner freedom. You are free to decide what is reasonable in what the other person wants and what you are going to do about that. You are free to disentangle yourself from your emotional reactions to their wants. And free to live by your own code, honoring your own values and perceptions of reality, no matter what others do.

Find out what they really want. Sort through the surface clutter to the real priority for the other person. What could be the softer, deeper, younger longing? Perhaps ask questions like: What is important to you here? What would it look like if you got what you wanted?

Most people want pretty straightforward things: Put the cap back on the toothpaste. Don’t interrupt so much. Ask me questions each day about myself, and pay attention to the answers. Be nice to me. Keep being my lover even while we raise children. Pull your weight with housework. Stick up for me with others. Be interested in how I feel. Most of the time, it’s really not that hard to give someone what they want. It’s more a matter of whether you want to.

Once you have a pretty clear idea about what the person wants, decide for yourself what if anything you are going to do. Remember that your wants matter, too, and that you can’t give without also filling yourself up. And remember that giving others what they want is usually a good way to take of yourself.

Personally, it was a great breakthrough to realize that giving others what they wanted was not knuckling under to them. Rather, it was a kind of triple-bonus aikido move that tapped into my caring for people while pulling me out of conflicts and putting me in the best position to ask for what I wanted myself. I redefined situations in which people criticized me into a kind of game in which I unilaterally eliminated the reasonable basis for their complaints, and began to enjoy what’s traditionally called “the bliss of blamelessness.”

This practice may seem like a high bar. But actually, when you make the shift, it’s like walking downhill with the wind at your back. You are still taking care of your own needs and not letting people push you around. Instead of getting caught in sticky quarrels, you’re delivering the goods as best you can and moving on.

Photo by John Sting on Unsplash 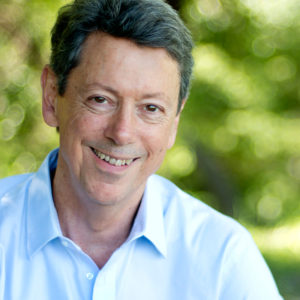 
Rick Hanson, Ph.D., is a psychologist, Senior Fellow of the Greater Good Science Center at UC Berkeley, and New York Times best-selling author. His books are available in 26 languages and include Hardwiring Happiness, Buddha’s Brain, Just One Thing, and Mother Nurture. He edits the Wise Brain Bulletin and has numerous audio programs. A summa cum laude graduate of UCLA and founder of the Wellspring Institute for Neuroscience and Contemplative Wisdom, he’s been an invited speaker at NASA, Oxford, Stanford, Harvard, and other major universities, and taught in meditation centers worldwide. His work has been featured on the BBC, CBS, and NPR, and he offers the free Just One Thing newsletter with over 120,000 subscribers, plus the online Foundations of Well-Being program in positive neuroplasticity that anyone with financial need can do for free.
< Previous Next >